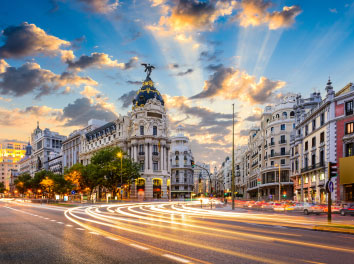 The metropolis that never sleeps
Madrid

The city of Light and love
París 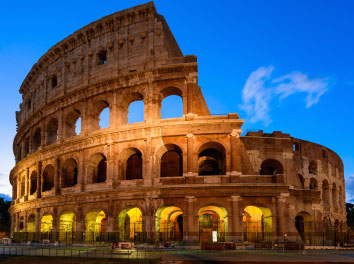 History, culture and art
Roma
Type of trip
Everything you need to know
Language

The country calling codes start primarily with 3 and 4, however, some countries that by the Copenhagen criteria are considered part of Europe have country codes from the Asia range, starting with 9

It is impossible to visit Europe and not be amazed by its stunning beauty, its epic history and its surprising artistic and culinary diversity.
The natural diversity is immense: from the craggy Scottish highlands with its lochs and glens and the fabulous Norwegian fjords that look like they have been sculptured by axe-wielding giants, to the wine-growing Loire valley and the steppe-like plains of central Spain. Beach lovers will find a string of treasures along the north coast of the Mediterranean, but should also explore the lesser-known coasts of the Baltic Sea and the Black Sea. Those who love the mountains are sure to become enamoured with the Alps, which cross Europe, passing through France, Switzerland, Austria, northern Italy and the tiny principality of Liechtenstein.


Europe has outstanding nightlife, possibly the best in the world. World-famous DJs hype up the crowds in London, Berlin and Paris - cities with first-class entertainment, especially in terms of theatres and live music. Other cities notable for their lively nightlife are Moscow, Belgrade, Budapest and Madrid. But if you’re looking for something a little more intimate, try the pubs in Dublin or the cafés in Vienna. The party atmosphere continues into the streets thanks to the endless array of festivals and celebrations, from riotous parades through city streets with thousands of participants to intimate concerts in ancient amphitheatres.


After visiting grandiose museums, marvelling at panoramic views and enjoying lively nightlife, what is left to experience? Dive into an unbeatable culinary adventure! Who wouldn’t want to savour a pizza in Naples, souvlaki in Santorini or haggis in Scotland? And, for the record, the United Kingdom has some of the best Indian restaurants in the world, the Turkish doner kebab is central to contemporary German cuisine, and visitors to the Netherlands can sample an Indonesian rijsttafel. The diversity of European cuisine together with its global outlook make for a sumptuous menu.


The greatest appeal of a trip to Europe is its wealth of places of interest: the birthplace of democracy in Athens, renaissance art in Florence, the elegant canals of Venice, the Napoleonic splendour of Paris, and the layers of history and culture that make up London. Other, less obvious, but by no means less impressive, places of interest include the Moorish palaces of Andalusia, the fascinating mixture of East and West in Istanbul, Turkey, the meticulously restored imperial palaces of Saint Petersburg, the former capital of Russia, and the final work of Gaudí, the Sagrada Familia in Barcelona, which is still a work in progress.